Abstract: A summary of the activity of the CAMS BeNeLux network during the month of December 2022 is presented. This month we collected a total of 26326 multi-station meteors resulting in 7680 orbits.

Only under specific favorable circumstances the BeNeLux region can count on a longer series of clear nights in December. Meteor activity is very high this month, due to high sporadic activity and the visibility of meteoroid streams like the Geminids and the Ursids. Especially during clear nights during the Geminid maximum, this shower can produce large numbers of simultaneous meteors in our network. But chances for clear weather in this time of the year are rather low. However, it is interesting to see what this month have brought us.

December started with gloomy conditions, as can be expected for our regions. Only 130 orbits could be collected during the first week, despite at least 74 cameras were active every night during this period.

But then the weather above western Europe evolved to a more winterly pattern, with clear skies most of the time around the Geminid maximum at December 13–14. Hence, it is no surprise that we could collect a large number of orbits then.

On December 14–15, 1743 orbits, and on December 12–13, 1946 orbits were recorded. The last number is an all-time record in the history of our network. During the maximum night, observations in the more southern parts of the BeNeLux were hampered by clouds. Despite the maximum activity of the Geminids, this night resulted in a drop-off to about ~700 orbits.

After this remarkable period, weather picked up the normal pattern, with more or less only clear spells during the nights. Only December 26–27 and 29–30 were completely clear nights. As a result, we could collect around 500 orbits during both nights.

On December 2–3, 4–5, 18–19 and 30–31 the skies remained completely cloudy over all of the BeNeLux. This month CAMS BeNeLux collected a total of 26326 multi station meteors, resulting in 7680 orbits. 58% of all orbits were collected by at least 3 stations. Once again, like in October and November, this emphasizes good coverage of the skies over the BeNeLux. The network has been still expanding its number of cameras and participants. 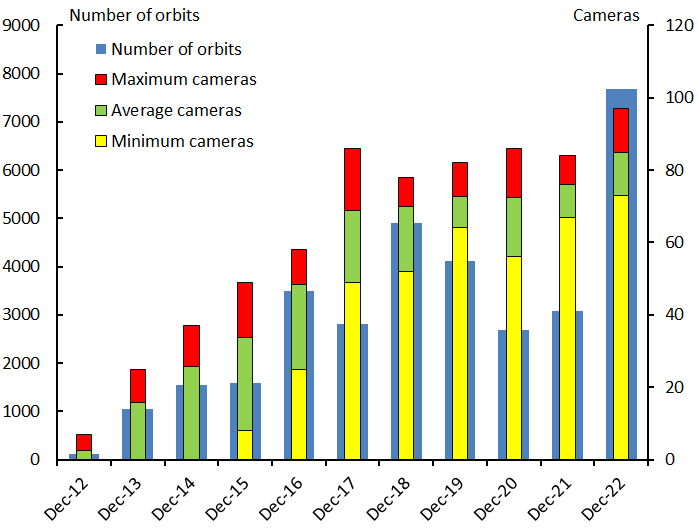 Table 1 – Number of orbits and active cameras in the BeNeLux during December 2012–2022.

Steve Rau installed a new RMS camera (3840) at the Observatory “Armand Pien” in Gent. This camera will be operated by Tim Polfliet as soon as everything works smoothly. In Luxemburg we could welcome a new station at the capital of this country. Jan Thoemel operates CAMS 3950 since December 13 and in the future CAMS 3951 will become operational.

At Winterswijk Woold Hans Betlem and the author added 5 WATECS to this station. A first step to increase the numbers of orbits from this part of the BeNeLux.

These numbers can be compared with last month. See Figure 1 and Table 1.

The results for December 2022 are the best in the 11 years of the existence of the CAMS BeNeLux network.