After the completion of a Capture and Detection session, the cameras must be calibrated again in order to have a valid calibration for the night. In principle the cameras in the CAMS network remain fixed and are not moved once pointed at their aiming point. However, slight vibrations whatever what caused these could affect the exact pointing of the camera by a fraction of a degree. In order to rule out erroneous positional data, even if these are very small, a new calibration is required for each observing night. As long as a camera isn’t moved, in principle FTP_MeteorCal_AutoUpdate.exe will do the job, even after a week of none activity. The data and time is taken into account to compensate the rotation of the Earth and its position relative to the Sun.

Running FTP_MeteorCal_AutoUpdate.exe takes a minute for an average night length for a single camera, hence it can take up to several minutes to do many cameras during a long winter night, depending on the speed of the processor of your CAMS PC. Note that the AutoCAMS procedure will take care of this step for you at the end of the observing night as part of its automatic loop. You can read more about the automated version in chapter 9. 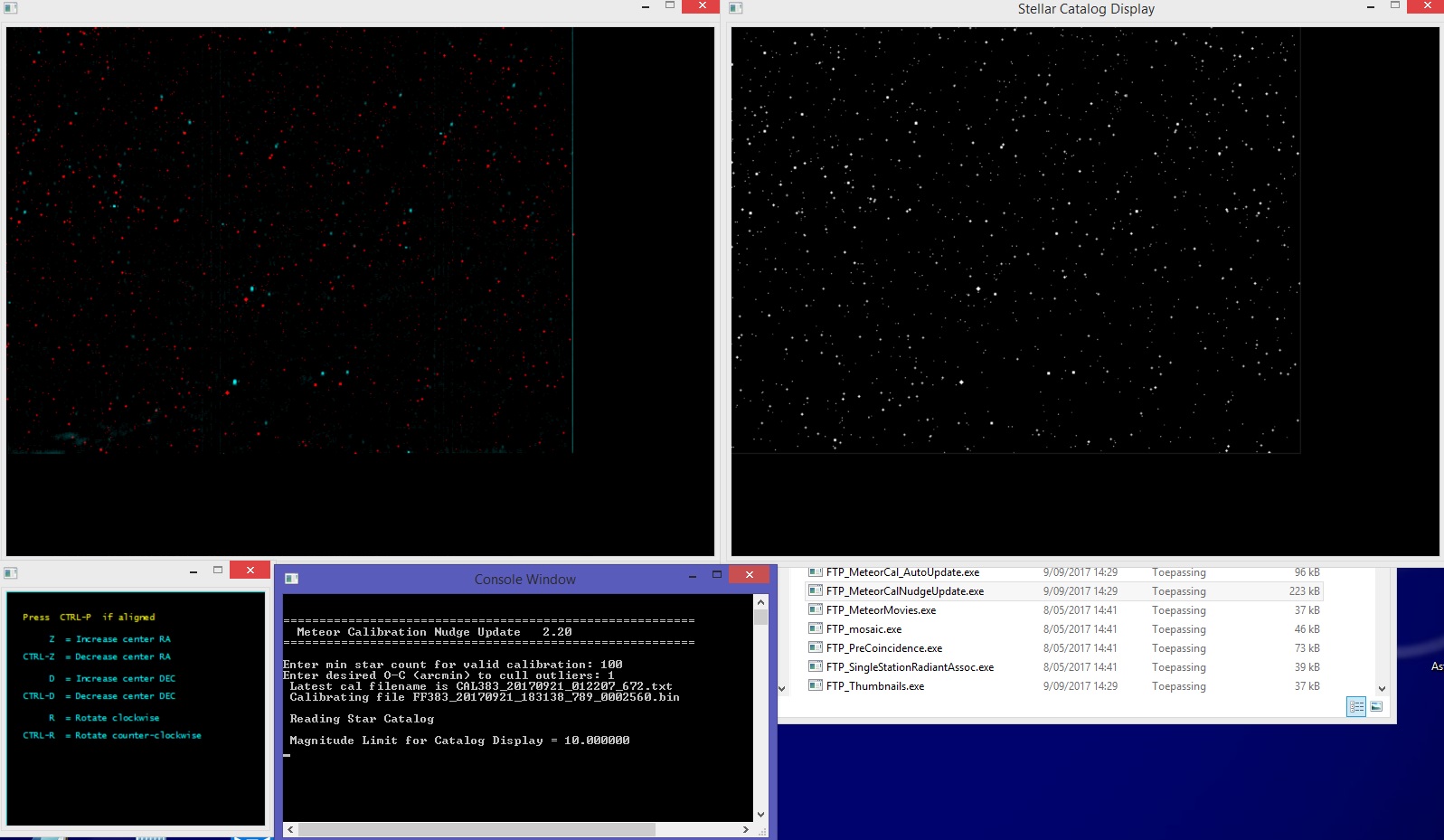 Figure – 43 The screen display using FTP_MeteorCalNudgeUpdate. At left the stars like recorded by your camera with the position these stars should have according to the last available Cal-file. Using the functions listed in the command window at left, the two positions of the stars should be put over each other.

This tool will show your star field in overlay on the reference and requires the user to manually rotate and shift the image until all the star images in both images are at the same position. This will work if the sky was sufficiently clear and the camera was not moved too much from its previous direction. The command window bottom left explains the different options to shift and to rotate (See Figures 43 and 44).

If also FTP_MeteorCalNudgeUpdate proves unusable to get a new calibration file, you will need to use FTP_MeteorCal (go to 7.2.1 for a detailed description). 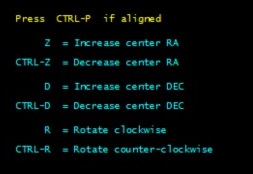 Note that one should delete all but the best cal files for the date of interest.

FTP_MeteorCalNudgeUpdate is setup to process an FF file to allow the user to manually nudge center and rotation to align the star fields and let the auto update function to autocalibrate without having to manually select stars. It works on a single camera for each launch of the application and involves user interaction. The cal file is stored once the minimum star count that the user specifies is achieved. To optimize the O-C residuals, the program will cull star outliers until the desired O-C is reached or the  star count drops below the minimum for the given FF file in cal.