To select the real meteors among the detections and to delete the false detections.

To select the real meteors among the many detections we use the program FTP_Confirmation.exe. When you start FTP_Confirmation.exe the program asks you to select the Detectinfo file in the directory ‘C:\CAMS\ArchivedFiles\yyyy_mm_dd_hh_mm_ss\’. Make sure that you confirm the right detectfile, corrected by the latest calibration file (‘C’ at the end of the file name).  A FTPdetectinfo file can combine one or more cameras, the name of this file has as structure: FTPdetectinfo_000998000999_yyyy_mm-ddC.txt (with 998 the first camera number and 999 the last camera number). See Figure 46 for an example.

The DetectInfo file is an ordinary text file and contains all the essential data about the meteors you have registered. Especially the following data may be of interest to the user: 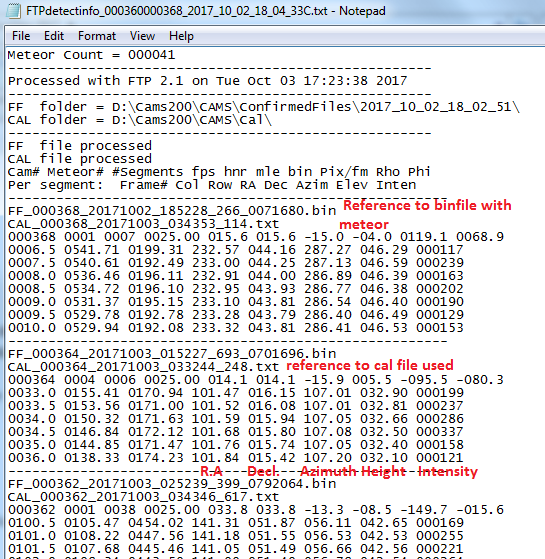 Figure 46 – Screenshot of a FTPdetectinfo file.

The exact time of your meteor you can find from the name of the bin file + fraction of frame number. For example the 3rd meteor in Figure 46: FF_000362_20171003_025239_399_0792064.bin. The time is 02h52m39.399s + 100.5/25 s = 02h52m 43,419s. The name of the bin-file contains date and time when Capture started recording the 256 frames, the Frame # in the left column is the frame in which the first detection happened. Frame # divided by 25 gives the number of seconds since the start of the bin file. Coincidence may give a slight different timing as different stations do not detect exactly the same spot of the meteor trail. The PC clock, although corrected with Dimension 4 will also introduce some error in the timing.

When clicking on FTP_Confirmation.exe and navigating to the Archive folder of the night to confirm, the user has to click on the final version of the Detectinfo file which has been corrected by the final calibration files for this night. Next five windows are opened on your screen (Figure 47):

During confirmation you have the following functions available: 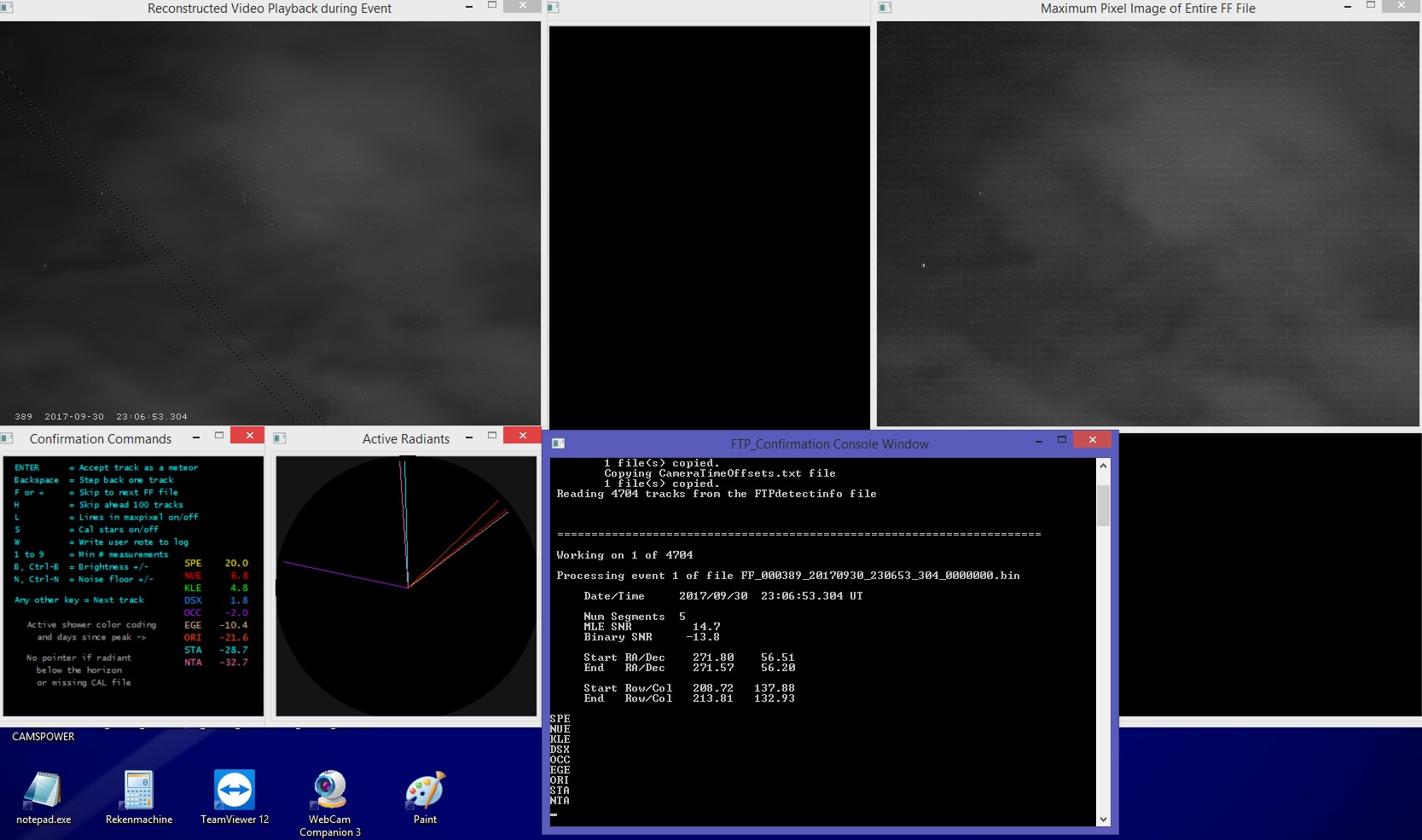 Most detections will prove to be due to planes (especially near airports), clouds, birds or insects. Meteors may be very faint, barely visible on the screen, hence it is strongly recommended to work in a dark room or at least with sufficient contrast on your screen. Small screens of laptops aren’t very suitable for this kind of visual confirmation work. When clouds generated large numbers of detections the F-key may help to proceed faster while looking mainly at the top right window with the stacked image of the entire binfile. Hitting “2” or “3” as minimum number of points, eliminates isolated detections and allows going faster through the list of detections.

Planes can be easily distinguished, but birds that reflect some city light may look very similar to a meteor appearance. In case of doubt if the detection looks very likely a meteor, it is recommended to confirm this as a meteor. Later the coincidence procedure on the entire network dataset will match only real meteors for trajectory and orbit calculations.

When all detections have been verified, the confirmed binfiles are copied under the directory ‘C:\CAMS\ConfirmedFiles\yyyy_mm_dd_hh_mm_ss\’ with as final result a new Infodetectfile with the data for the confirmed detections, which are all the meteors detected. 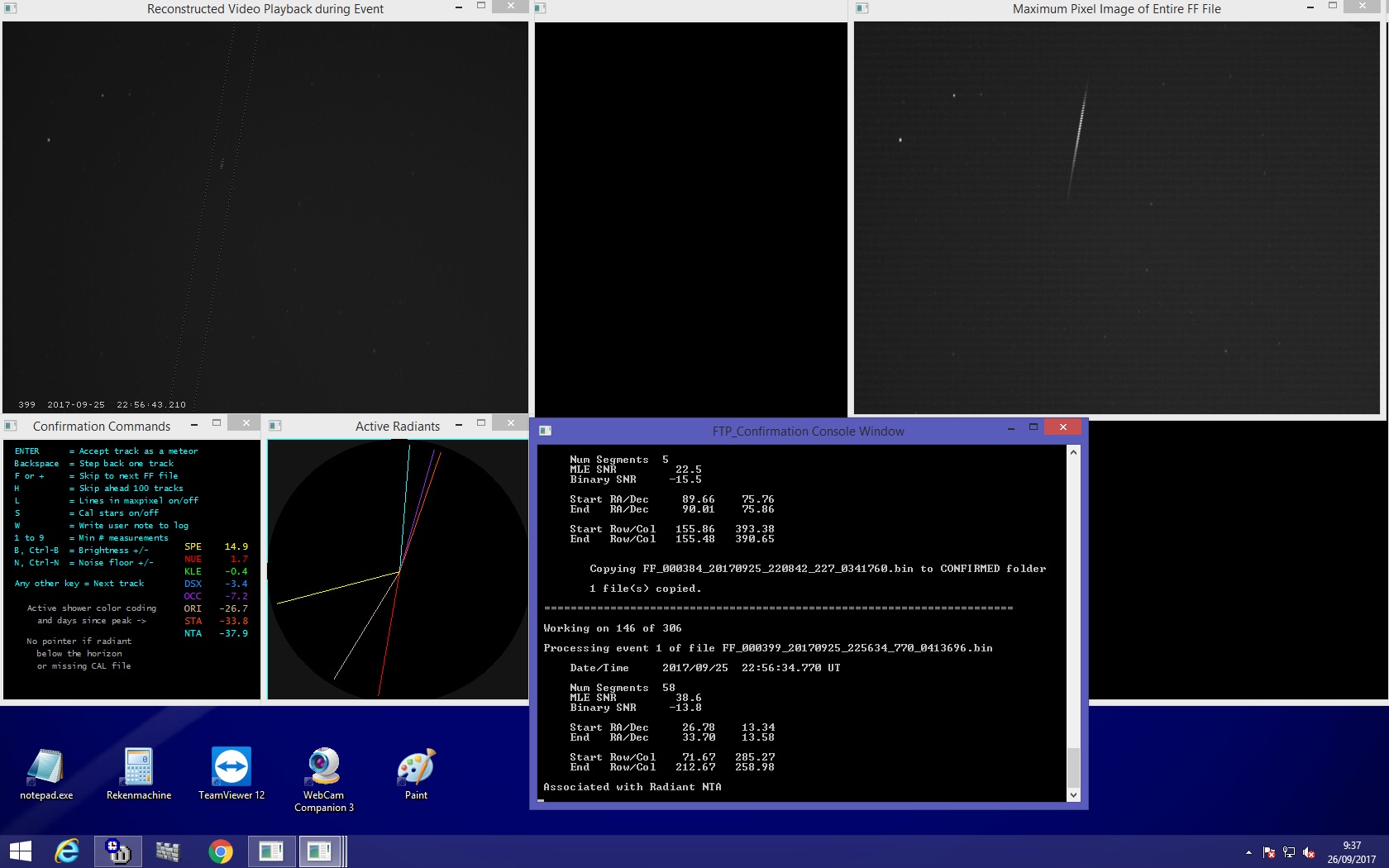 User acceptance/rejection of tracks to cull down to only meteors.

FTP_Confirmation no longer asks for min #segments (interleave frames) required for  presentation to the user. It starts at a default of 4 and the user can hit a  number from 1 to 9 to change this at any time in the session.