Calibration of the spectrograph resolution in the x-axis (wavelength) was performed using a Baader calibration neon lamp. Calibration was performed as non-linear, using 6 multiplets of the neon emission lines at wavelengths between 5852 and 7032 Å. Calibration of the emission line intensity (y-axis) was performed using a reference light source with a continuous emission spectrum (Osram Eco Pro Classic 20W) at a wavelength between 3500 and 9000 Å. The spectrum of the reference source was measured in a test laboratory (Vyrtych Development and Testing Center), the spectrum was calibrated in both axes (wavelength, intensity). The spectrum of the reference source was then measured by the astronomical spectrographs (QHY5L-IIM and GS3-U3-32S4M-C). The resulting calibration curve of the relative transmittance in relation to the wavelength is used for the calibration of all spectrographs installed at the Valašské Meziříčí Observatory or at the Teide Observatory. 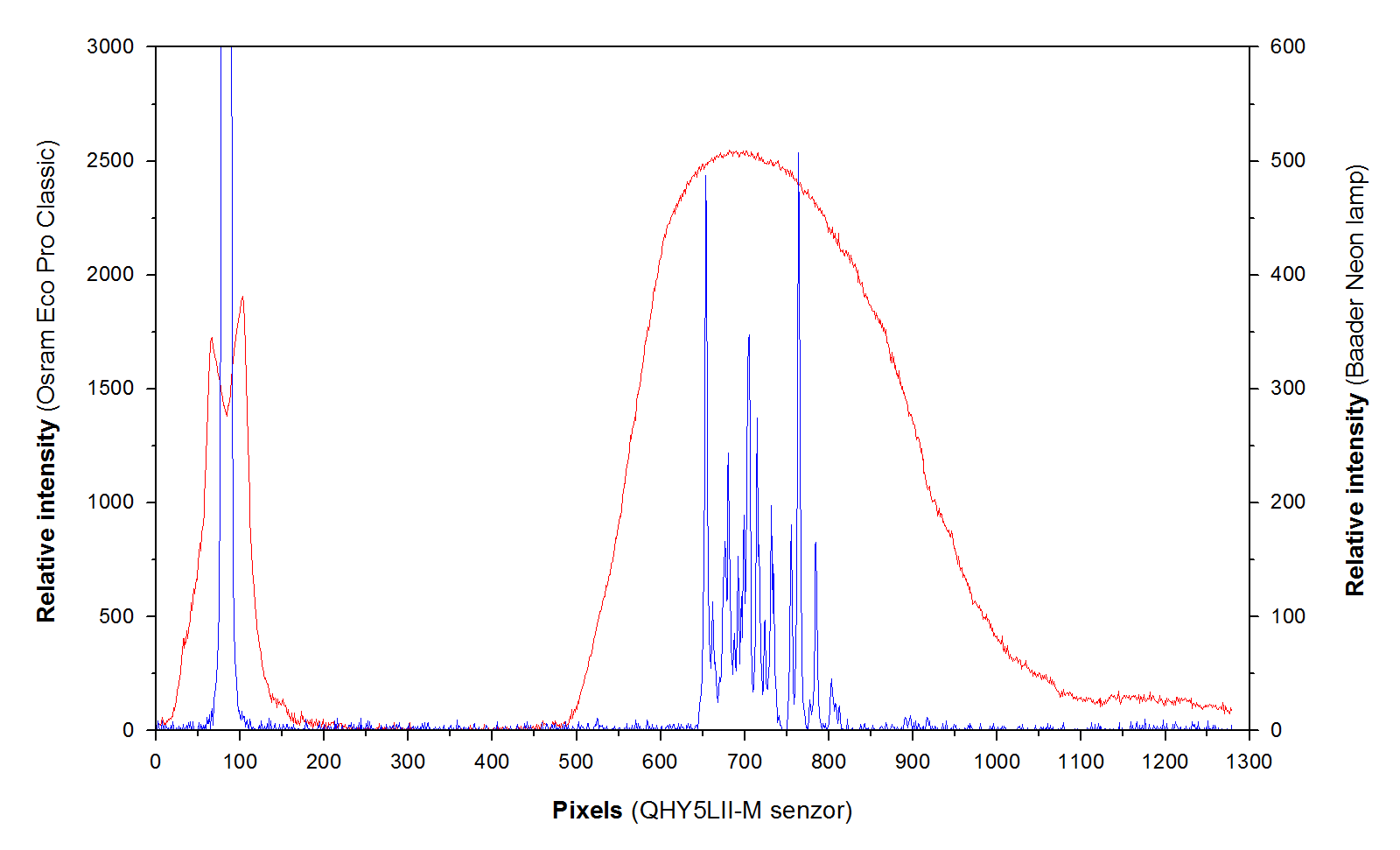 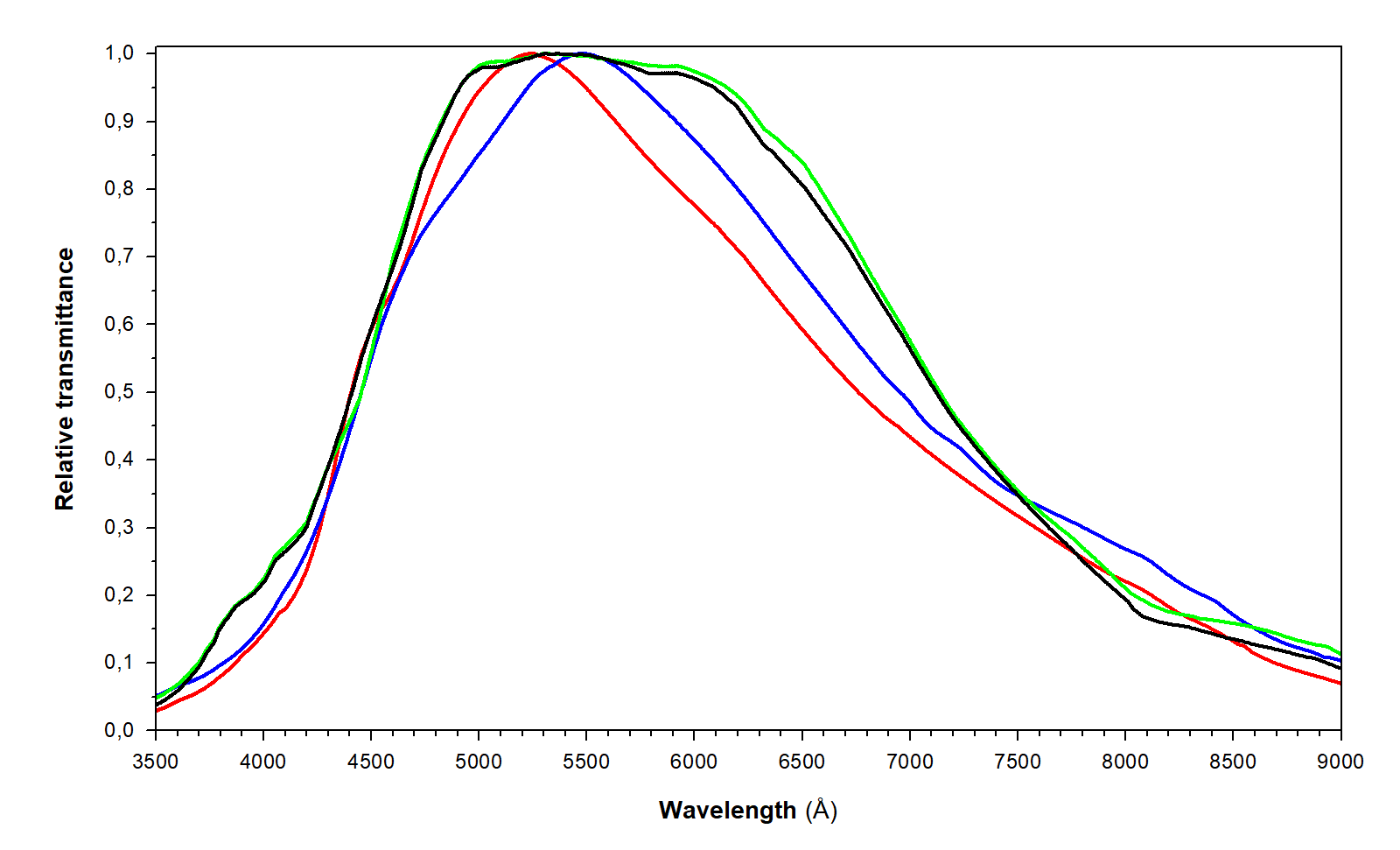 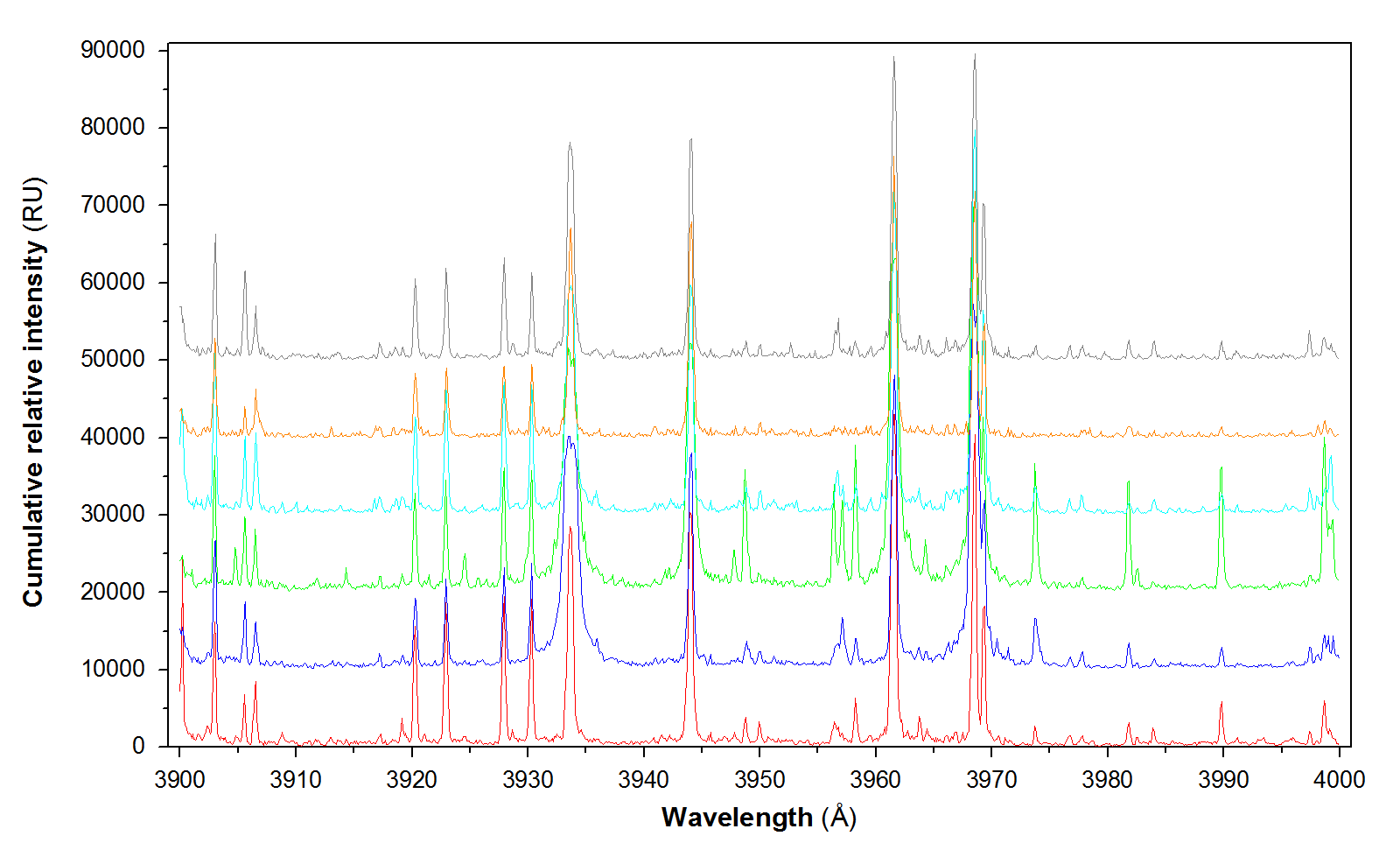 Comparative experiments with atmospheric gases have been performed using Laser Induced Breakdown in air and electric discharges. The emission spectra of electric discharge plasma from a positive column discharge in the air were simultaneously observed using the Echelle Spectrograph and the astronomical spectrograph QHY5LII-M. The positive column discharge tube (25 cm long with an inner diameter of 12 mm) was covered with a glass outer jacket and equipped with CaF2 windows transparent within the operation range of both spectrographs. The pulsed discharge was maintained by a high-voltage transistor switch (HTS 81, Behlke electronic GmbH, Frankfurt, Germany) applied between the stainless steel anode and the grounded cathode. The air plasma was cooled by water in the outer jacket of the cell. The voltage drop across the discharge was 1200 V, and the current was 250 mA. The spectra of LIDB in the air have been recorded using both spectrographs by focusing the laser radiation in the air. Laser pulses of 20 Hz, 450 mJ and 1064 nm generated by a Quantel Q-smart 450 Nd:YAG laser have been focused by a 10 cm coated quartz lens.