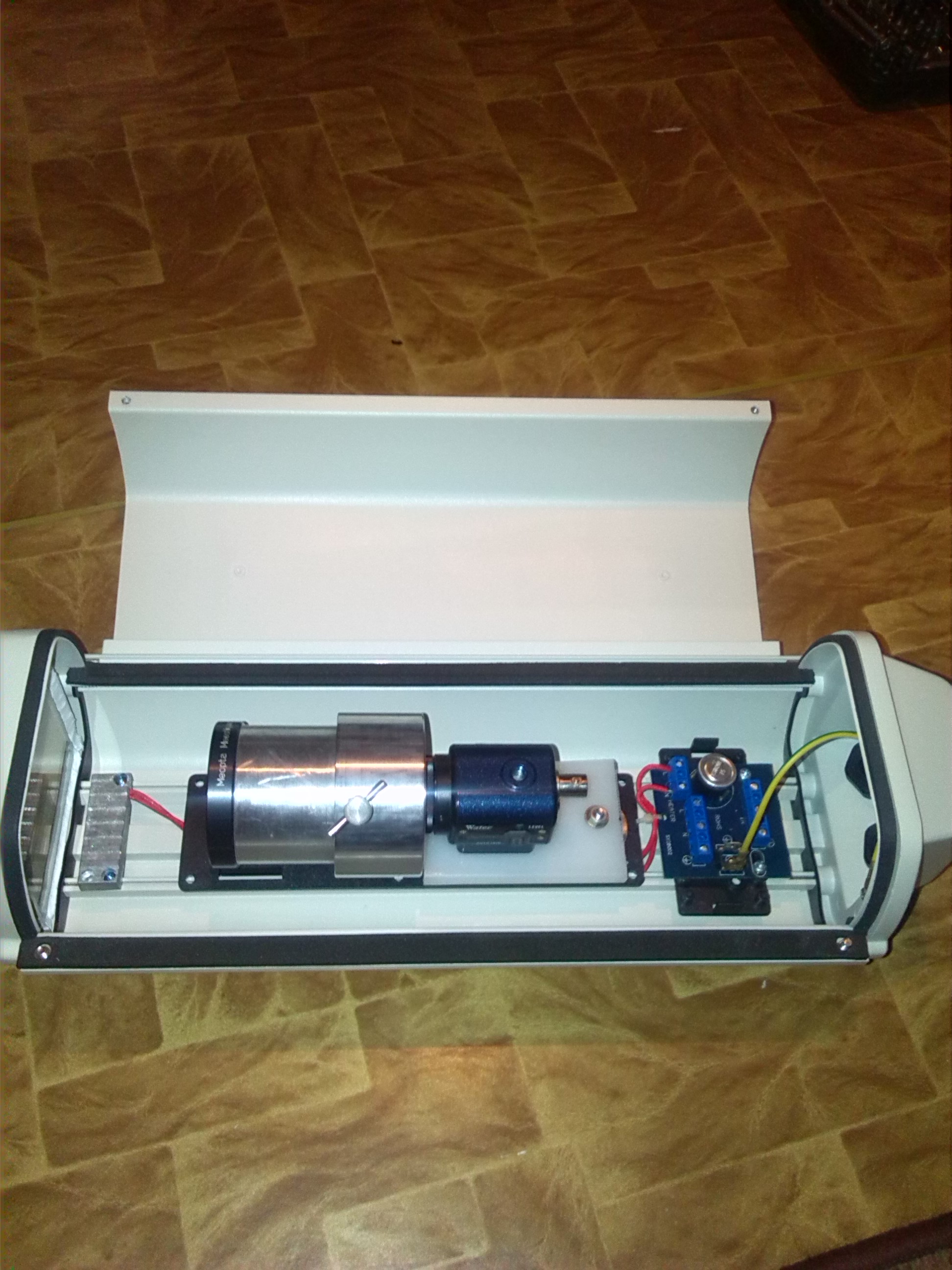 In 2014 a new type of narrow field, highly sensitive camera system was introduced in CEMeNt (Central European MEteor NeTwork). The system is called NFC (Narrow Field Camera). The heart of each station is a sensitive CCTV camera Watec 902 H2 Ultimate (1/2″ chip Sony ICX429ALL, sensitivity of 0.0001 lux) with fast lens Meopta Meostigmat 1/50 – 52.5 mm (focal length F=50 mm and fixed aperture f/1.0). Signal conversion of the analog output from the Watec camera to digital input to the PC is realized via USB A/D converter AverMedia DVD EZMaker or Dazzle DVC 101. Recording and evaluation of individual meteors is maintained by the software UFO Tools (UFO Capture V2, UFO Analyzer and UFO Orbit). The system is protected against weathering by a heated case Marathon MH 805/12 with IP-66. The field of view of the NFC system is 6.8° horizontally and 5.4° vertically, which is roughly 100 times smaller than conventional systems working in the BRAMON or the EDMONd networks. The limiting magnitude of NFC system during nights with average conditions is +9.5mag (stars) and +6.0mag (meteors). During nights with excellent conditions it is +10.4mag (stars) and +7.0mag (meteors). Because of the narrow field of view, standard pairing of meteor observations with wide field stations is highly improbable. Since orbit calculations for meteors captured by NFC cameras has been required, the NFC network stations are organized in stable pairs. Alt/Az orientation of cameras in each pair is set to be covering the same space in the atmosphere (at altitude 100 km). Cameras in one pair are registering the same meteors, so orbits can be calculated. Because of the lens limitations (full open construction without iris) NFC cameras are only covering an area around the northern celestial pole to avoid direct frontal solar illumination during the day. The first stable two pairs of the NFC system were installed in April and May 2015 respectively. This part of the NFC network was build within the frame of the cross-border educational/research project RPKS (Evolvement of the Cross Border Network for Scientific Work and Education) realized by Valašské Meziříčí Observatory and Regional Observatory in Žilina as KOSOAP follow-up project. The first NFC pair is operated at stations Kroměříž and Valašské Meziříčí. The second pair was installed in Slovakia at Kysucké Nové Mesto and Zákopčie. The third NFC pair in CEMeNt was installed in October 2015, also in Slovakia. One camera is located at the observatory operated by astronomical association SOLAR Senec Observatory in Senec. The second is operated by Uma Astronomy association in Blahová. 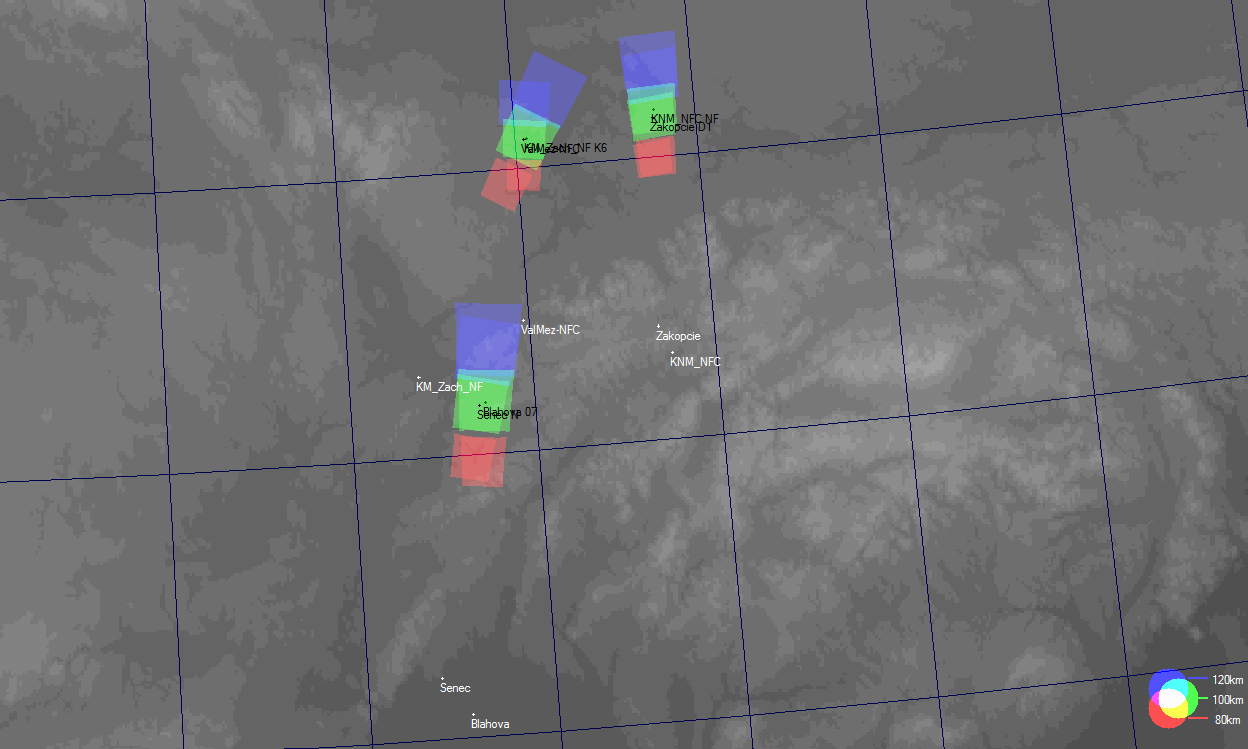