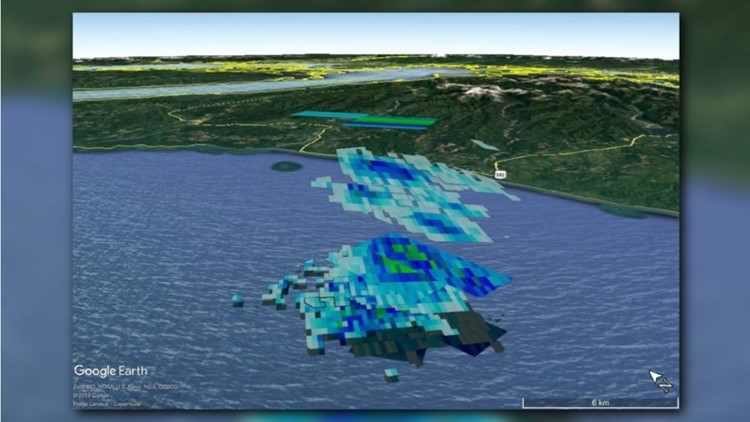 On Wednesday 7 March 2018 at around 7:10 PM a large number of witnesses along the Washington coast (USA) reported flashes of the light, loud boom and some even shaking of the ground. Grays Harbor Emergency Management received public phone calls and “ton of reports” according to the agency manager Charles Wallace.

While we can speculate what caused these events, it is believed that a large meteor caused the flash with subsequent impact into the ocean is the most likely scenario.  A Doppler radar image from Marc Fries with NASA and NOAA, shows the giant dust cloud as the bolide meteor exploded 20 miles off the coast.

National Weather Service meteorologist Johnny Burg said. “There was no thunderstorm or lightning detected in that area.”